Three works about the topic of “Artificial intelligence”, virtual humanoids and related missunderstandings.

Recipients were invited to read a brochure about my results (Link). While doing so, their faces were automatically photographed and projected on canvases around them, surrounded by their own face, a visual echo chamber. There was no way of making the canvases “forget” the faces they were displaying until they were overwritten by the next face, so, leaving the scene, recipients left copies of their face there.

The reactions about being recorded and displayed like that ranged from annoyance and anger about “surveillance” and non-compliance with privacy laws to joy about the possibility to make selfies or improvement of the situation of reading by recognizing the own face. 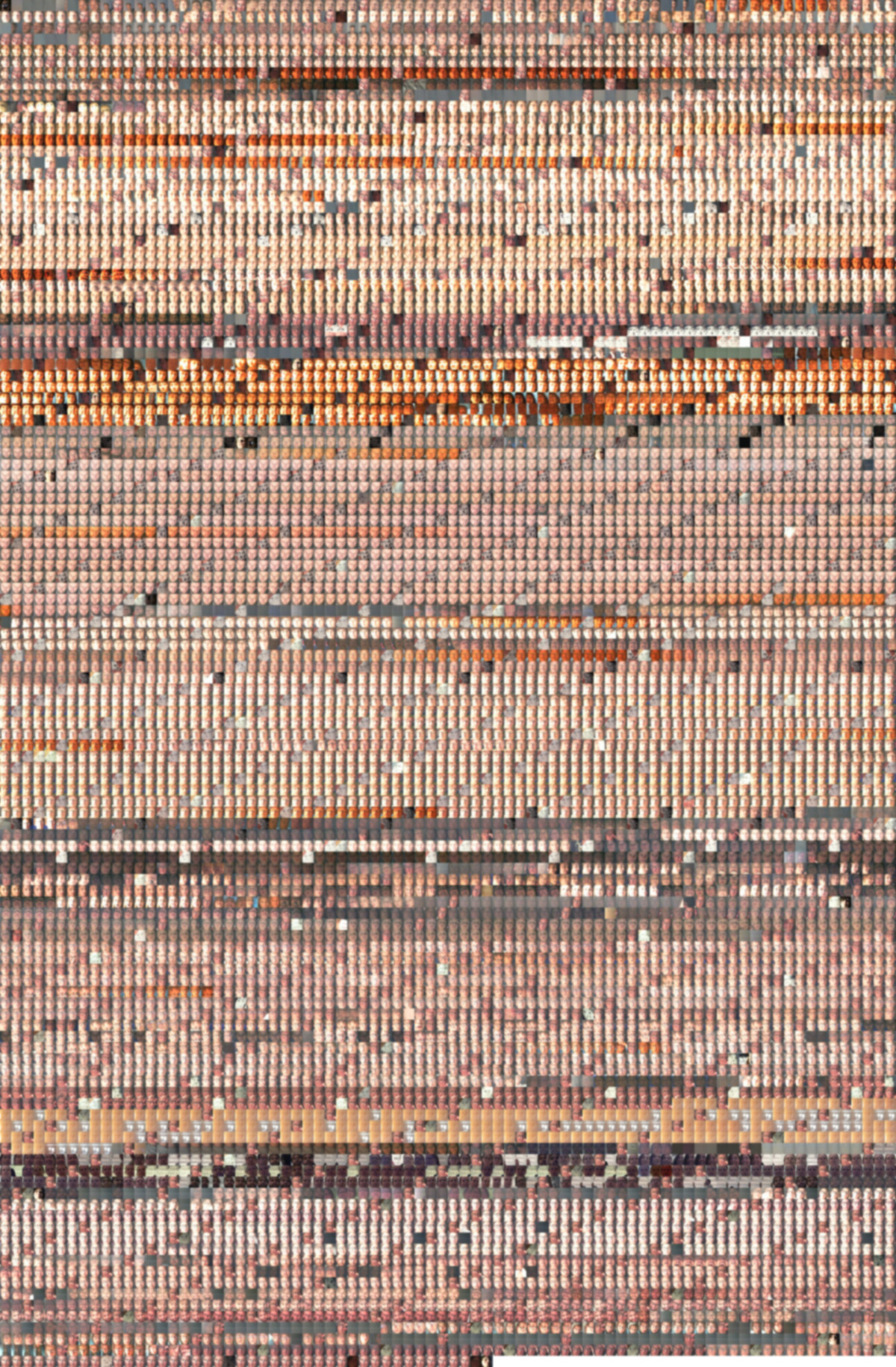 Gerkzeuk showed up as well.

Next to this, a puppet as satire of over-interpretations of the abilities of “artificial intelligence”.
Two servo motors built into a blackbox moved this marionette unpredictably. On the black box: stickers representing the hype over “AI”: Quotes from “The Matrix”, a Terminator- and an Elon Musk-head, HAL 9000 etc.
Some recipients copied the movements of the puppet and enjoyed learning from the puppet like this, others were scared.